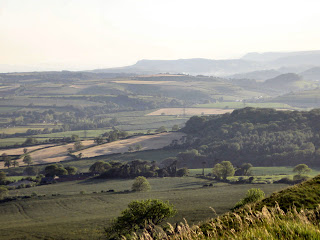 I know quite a few people who read my ramblings, have leanings towards Alternative and Pagan views. My cousin who is webmaster for the Pagan Federation and I have discussions about this. I believe in a spirituality related to nature, and conversely nature leads to a spirituality of the soul. Whereas he is more into meta-physical views. Strangely a few months ago I had the Mormons call at the door. Two nice men, who then had a bizarre conversation with me about Paganism. I think I may have inadvertently converted one of them, as he was very interested in what I was saying, and had a second cup of tea. 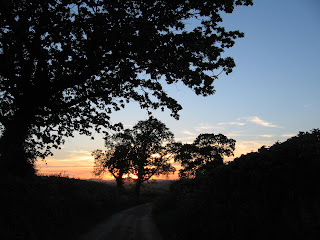 Anyway, at the moment we're at the peak of the Summer Solstice, Midsummer's Eve, Litha, St John's Day, Festival of Attainment, or whatever you may call it. Long before I knew why, I've stayed up all night on June 21st, right from being a small child. It's also my grandfather's birthday, he'd have been 109. As this is an important day for me, I'd just like to wish blessings to those of you who are celebrating, wherever you are, and also blessings to those of you who are of different beliefs. Humanity is something we all share. 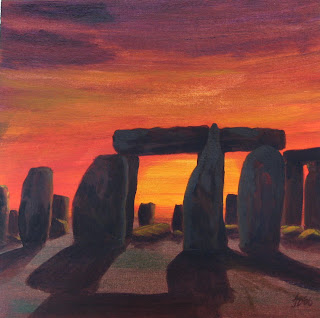 In 2005 whilst developing my arcylic style, I painted this picture during the Solstice. I sold it a few weeks later, so somewhere out there it's hopefully still giving someone pleasure. 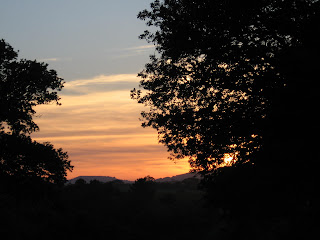 And in 2006, as the three photographs show, we found ourselves at the most important place for me in the whole of Britain. I will only say it's a hill fort in Dorset. I found it by accident in 1983 when having a holiday near there, after taking a drive on mid-summers eve. Not knowing where to drive, I can remember driving along what I now know is a Roman Road, and being stopped in my tracks at the beauty of this place. I was the only person there that Midsummers Eve, in total silence apart from the wind off the sea, watching the sun set over the English Channel. A memory I will never forget. For years afterwards I used to come here from the North East to sit on the hill and look at the view.

Enjoy this time of the year, and whatever you do, or don't do, be at one with nature and remember all those people who once also saw the sun rise. Happy Birthday Grandfather wherever you are!! A true Gentleman in all ways. 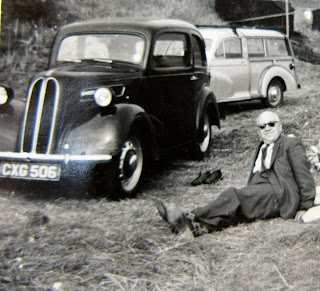 Email ThisBlogThis!Share to TwitterShare to FacebookShare to Pinterest
Labels: Solstice