Just a bit of Go-Pro fun at Christmas

I've had a GoPro for a while now but hardly use it, but it does have it's uses....

Posted by The Wessex Reiver at 11:35 No comments:

For many years I part helped organise a Christmas Bird Race in the BBC's Natural History Unit where I worked. It was just a bit of fun but did involve some serious competition between half a dozen top UK birders. The highest total was 136 (if my memory serves me right) by Mike Dilger who sort of had an advantage as he was in Ireland, Scotland and Wales as well as England and scored some blinders of species from the Irish Sea Ferry. 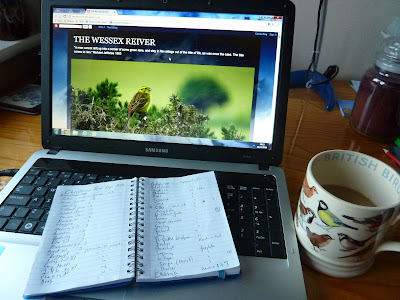 In most years though the race was between myself (I never won, always the bridesmaid), Stephen Moss the author and top birder, Brett Westwood, possibly the best naturalist in the business and Rob Collis an excellent birder. The last official race was competed in 2014/15 and won by Rob Collis. Sadly since then the BBC and the Natural History Unit reorganized, many staff have flown the nest, including myself, who found my world of wildlife radio disbanded as the NHU moved over to a commercial business model.

But like they say all good things come to an end - or do they?

I've taking it upon myself to resurrect the Bird Race on Facebook for those friends and friends of friends of mine who are up for a spot of avian fun over the festive period. I think so far about a dozen or so are up for either the supreme challenge (highest number of species) or the garden challenge (most species seen, heard or flying over a garden). I have a slight advantage here as I can see over 2 miles of farmland to the sea from my garden - is that a rock pipit at Sand Point????  No I'll not cheat, but on Christmas Day I got off to a goodly start, with 46 species. 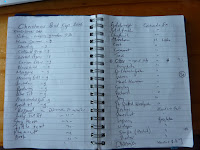 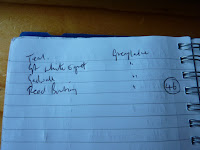 However the highlight of the day had to be an otter cub swimming by the bird hide at Canada Lake on the Somerset Levels. Maybe I'll talk more about that in a later posting.

There's still time to enter... for those of you who are not on Facebook as one of my friends. Rules are simple. Two categories, highest number of birds species seen between 00.01 Christmas Day and 23.59 New Years Day, or most seen in a garden during the same time frame. Sent the results to me an on this blog there'll be a Twitch of Fame. Keep-On-Birding.

Posted by The Wessex Reiver at 09:16 No comments: