This week has been one of unexpected pleasures which culminated in a thought of how it is often the simple things in life which enrich a lifetime. Nothing new there of course. Vast libraries have been born; filled of self help, self analysis and instruction books written to aid the reader on how to focus on what is important in life. Such as the new book 'Everything You Need You Have' by Gerad Kite who states that we are actually fine the way we are and the stuff we surround ourselves with are not what is important (I'll look forward to reading more)  http://www.bbc.co.uk/programmes/p03g0cxf

I mostly fail but for all of my adult life I try and fit in the simple things I observe or experience into my everyday routine; as such wildlife and the countryside is the core of who I am. 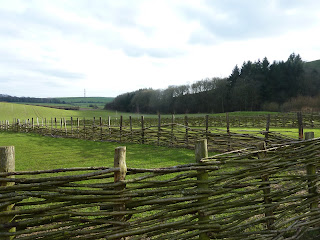 Recently I had an hour to spend on my lunch and decided as I was passing to have a quick visit to the Butser Ancient Farm in West Sussex  http://www.butserancientfarm.co.uk/ . Butser is somewhere I've known about for years and it was an unexpected pleasure to visit on a day when it was empty of people. Aside from a school visit (unseen giggling from children coming from inside a round house) I had the entire site to myself. It was cold, it was sunny. Woodsmoke from one of the fires swirled around me and because I explored the site in splendid isolation I could feel the presence of the past around me. Although in reality Butser was built here because there were no ancient settlements on this land, thus no such sites were damaged. It was a simple hour spent enjoying time alone, in reverie.

We all live in such a 24/7 environment these days it is a jolt to return to the passions that drive us to be whom I we are. Our drive to be ever occupied does not allow for thought, reflection and that wonderful sense of doing nothing. Boredom is the seed of inspiration. As children we have time to explore and be bored. Then, I filled my boredom with endless forays into the countryside, which is something I did yesterday, with the childlike enthusiasm of first exploring an area, unsure what I may encounter.

Near to where I live in Somerset is a very active local conservation organisation called YACWAG   http://yacwag.org.uk/ which stands for the Yatton and Congresbury Wildlife Action Group and recently I met one of their committee members through a recycling exchange scheme. For months he and I have been too busy to meet up and enjoy some of the areas wildlife, a sign of how I let work remove me from my actual needs and who I am. But having a free weekend I contacted Colin, better known as Higgy who kindly gave up an afternoon to take me on a tour of their reserves. Initially we thought about going on a birdwatching trip to the seawall nearby but as the tides weren't good, it goes out a long way here on the Bristol Channel, Higgy suggested would I like to see what YACWAG do, look at some wildlife along the way on a couple of their 10 reserves. These reserves are private and not open to the public, so it was an absolute pleasure to visit truly remarkable places.

No sooner had we arrived at an area known as Kenn Moor but we spied the azure flash of a kingfisher darting across the muddy flow of one of the many drainage rivers criss-crossing this northern area of the Somerset Levels and Moors.  If we didn't see any other wildlife then I'd have been very happy, but a real treat was in store. Littlewood.

Littlewood was purchased a few years ago by the group and stands as a beacon of mature woodland in a flat grassland landscape. An island refugia for the many species of wildlife which benefit from a woodland habitat. Just 6 acres in size it was planted up around 1830 to supply timber and products for the local landowner. Alder, ash, oak, willow are the main standard trees but what impressed me as I hopped out of his car to open the gate was a sense of continuity. As many landscape features change over time, small pockets of wet woodland like this are becoming rare. Most of the mature trees were presumably the original planting, with newer successional trees in areas. Growing on peat this is an acidic woodland which is even rarer. I say wet woodland but it wasn't  sodden underfoot even after recent heavy rain, but given this is a wet farmland area, water predominates the landscape in the form of rhynes or water channels which slowly drain this area.

Higgy is an enthusiastic wildlife devotee who by his own admission is self taught, though I'd never have guessed as he expertly guided me around the reserve. Evidence of fox there, do you see that tree there, should be a buzzard perching over there if you look - and there was. His enthusiasm and love for the site and the wildlife that is in here was evident. Walking with him I was transported back to my formative wildlife learning days as a child. I used to explore pockets of woodland like this as a child. Looking for birds nests, marvelling at the plants which had miraculously grown out of bare earth since my last visit and all without really knowing what I was doing. Forty odd years later I am still as eager to discover new places and learn from the likes of my mentor and guide.

"Look a treecreeper". We stopped in our tracks and there high above us one of the loveliest birds on this island, on an ash. "If I'm in here on my own" Higgy added "they often fly back down to within a few feet of me". As I craned up the trunk to watch this skulking bird feeding on insects, my mind reflected on the simple joy of an unexpected wildlife encounter. Just the two of us walking around the wood and this treecreeper. Is there anything else that I need to enrich the soul? If there is I'd be surprised.

We carried on; a flotilla of siskins flew high overhead, a lot of blue tits, blackbird and robin calling noisily in the undergrowth, then the cackle of a great spotted woodpecker. "sometimes there's even a woodcock" he said. Not today though but that didn't matter, I was in heaven. 6 acres isn't a huge woodland but it enveloped us and I was that 8 year old boy again exploring a new place for the first time. Peering through the trees the flat grasslands surrounded us. "That pylon there often has a peregrine" Higgy continued, "and if you look over there you should see many of the wintering mute swans".

Indeed there were, around seventy we thought, though the mild weather has dispersed them. We spent nearly two hours in this woodland and I listened with increasing fascination as Higgy told me of encounters with deer, how a sparrowhawk once came at him through a stand of blackthorns, missing him by inches and how if he comes here alone and sits, often there's a fox sunbathing in that clearing. I could feel his pleasure in this and the many encounters he has had here. Because I was having the same with this inaugural visit.

It may have been a late January day, but the woodland was alive with birdsong and that first awakening of the winter sleep, clematis in leaf burst and few arum's poking through, plus a delight of some snowflakes in flower, which apparently were naturalised here. It was easy to imagine how wonderful this place would be in spring and summer.

"I sometimes walk through here and there are clouds and clouds of damselflies". Higgy enthusiastically told me of the numerous butterfly species in the wood, how they're managing areas now to open up rides and glades for them. Dragonflies and damsel flies are abundant in the summer, and bats too, and that I must come back. Higgy hopes to run moth traps in some of the clearings in the summer, an ideal time for me to return and see what is brought in from the surrounding area.

As we exited the wood two newly planted trees stood guard. "that's my daughter's tree" he said explaining it was planted with her. Which is where all this continuity of wildlife management comes in.  Despite what the law may say, title deeds, and mortgages, none of us are owners of the land or wildlife we observe. We pass through on our three score years and ten before passing it on to the next generation, and getting that message across is something I'm increasingly becoming attuned to with local organisations like YACWAG. National conservation organisations can do a lot, but it is local conservationists like Higgy who are doing it on the ground, helping spread the message to the local people and in the guise of YACWAG doing so much. The trick is connecting all those local people together to provide a patchwork of wildlife conservation across the wider landscape.

If every local area had this drive and spirit, we would be in a good situation for wildlife across the British Isles.  I finished my day a lot more upbeat than I began it. The unexpected encounters with a kingfisher, treecreeper and siskin lift the soul. Spending a few hours in woodland just exploring with a childlike enthusiasm is what everyone should do or have access to. No guidance, no waymarking, no guided walking, no printed guides, just head off and see what turns up in an unexpected or haphazard way.  Truly Magical.

I shall remember my visit to Littlewood for many years to come and with luck I will return later in the year to see those clouds of damselflies, or inspect the mothing trap. Books like 'Everything You Need You Have'  may remind us of what we really need to be happy, but those unexpected pleasures only come from putting our boots on and heading outdoors, to reconnect our soul to the natural world, no matter the weather. 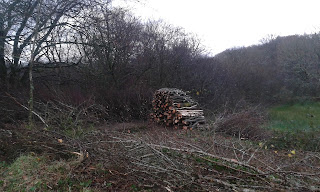 Traditional woodland and hedgerow management in Devon which I saw in December.
Posted by The Wessex Reiver at 11:19 2 comments:

The 12 Project Days of Christmas - Field and Stream

Trying to catch up with this 12 images of Christmas now. I'll post two a day. Click on image to enlarge.
This first batch of 12 are the field belonging to Mr Green. What is interesting is that when I took the January image in my mind it would be a record of permanent grassland. Little did I know that during 2015 that grassland would be ploughed and maize grown as the farm moved from 100% dairy to beef and dairy. The countryside always changes. 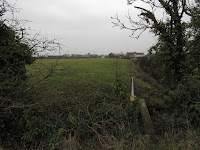 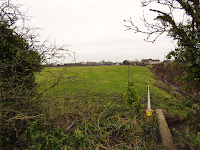 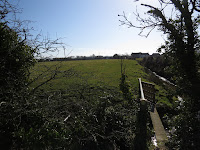 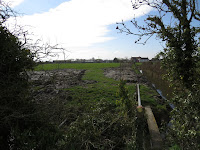 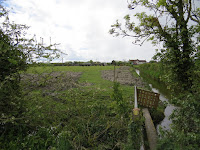 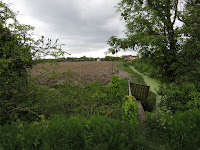 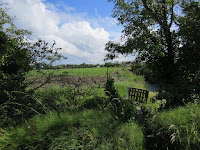 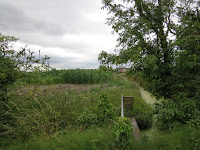 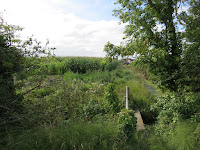 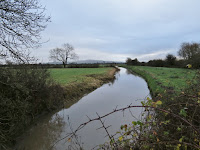 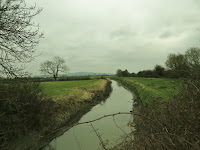 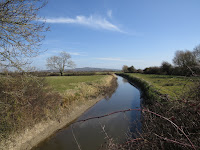 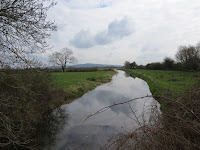 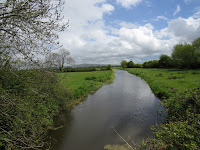 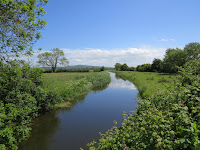 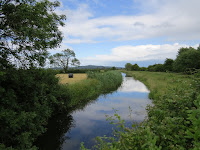 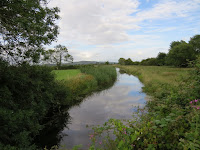 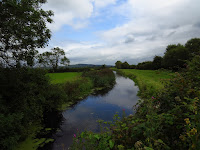