I'm ashamed to say, I've been very lax writing blogs recently. Why? Well I joined Twitter in December, and it's just so time consuming darlin', but also absolutely fascinating what is out there, huge amount of research coming through, great for programme ideas. I resisted for years thinking everyone was describing what they'd had for breakfast, or re-tweeting Stephen Fry's constant babble, but it seems to have matured into quite a good research tool. Plus, and this is a lame excuse, as I'm bobbling about doing this, doing that, I can use my Blackberry to Tweet from anywhere, rather than sit at the laptop and write something meaningful while relaxing with some health products............ 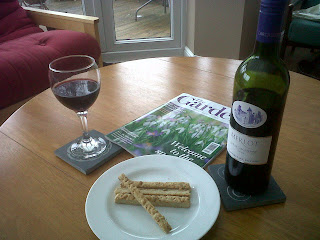 I've also started writing a small monthly nature update for the Burbage News. My first foray into developing a new career, nature writin! http://www.burbage-village.co.uk/. I'm also trying to assemble ideas to write a comical book about wildlife, what's floating about in my head, won't say anything else yet, might just fall by the wayside, like many of my mad ideas.

But then last month I noticed Burbage News commented I write a regular (and fascinating!!!) blog..... err..... errr.........then my cousin in Kent said, what's happened to your blog, me and my office chums (they probably all like Primula cheese spread and read Hello magazine) like reading it during our lunchbreak....... err......errrr....... Then my Canadian family e-mailed me last week, where's your blog (we like reading it in out lunchbreak). What is it about this blog and the imbibement of calories? (don't answer that given my snake hips physique) so..........errr.......... okay, I'm caught, banged to rights's guv. I will return to the blog more regularly than I have been. And do you know what, I have missed it. I'm a huge fan now of Twitter, but can I drone on and on with just 140 characters at my fingertips. Well no, I can do that here, in my lunchbreak......

So what shall I write? Well how about birds. This spring as you are all aware has been weird. Scorching sunshine in March, deluge in April, and colder than Nicolas Sarkozy's post election party (see what I did there, topical!!).

Many migrant birds, and lepidoptera for that matter, were trapped by torrential rain, and the northerly winds in southern Europe and the Med. Reports of swallows literally falling out of the sky were a sign these birds were exhausted and starving. Even the BTO Cuckoos we followed on Saving Species last year were struggling to get back. Luckily Chris the Saving Species cuckoo made it back safe and sound on May 2nd, have a look at the animated flight path (maybe in a lunchbreak involving dairy based flavoured spreads) as it truly is rewriting the science of where these birds go in winter.

But the weather has changed and the huge bottleneck of migrants are now arriving in unusually high concentrations, especially in the south. So this week has seen me at the Catcott reserve in the Somerset Levels (should that be on, or in, never quite know?).

On Tuesday night after spectacular rainfall in the morning I headed down to Catcott after work, such a change, warm, sunny and everywhere flooded. However while there had a fantastic view of a cuckoo and a short eared owl, in the same view. That's a first for me. 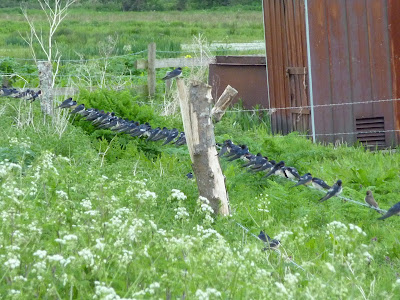 However visiting on Saturday evening was absolutely spectacular. A huge drop of hirundines has arrived across the south west that day, and at Catcott, my rough estimate, although impossible to count accurately, was between 4-6,000 swallows, plus another 1,000 sand martins, house martins and swifts. They were everywhere, like flying ants. This is quite unusual in the spring, as usually birds arrive and head off to their preferred areas. In the autumn its much more common to see big numbers gathering, as they feed and rest before heading south. 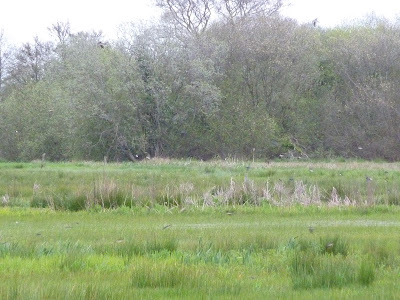 Cant really see in this photo above as it was on maximum telephoto but I did try and show how many were flying. Looking through the binoculars it was like one of those speeded up street scenes when everyone is hurtling about. What was really interesting though was as the evening advanced more and more hirundines arrived, and then at 7.55pm, as if a switch had been flicked, they all left en mass and headed north. The silence was astonishing, after 2 hours of thousands of chattering swallows. 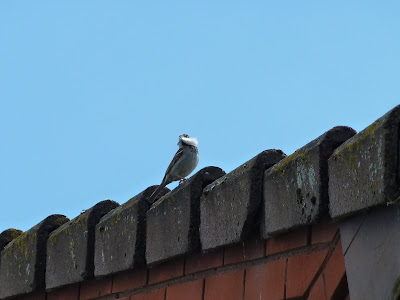 Yesterday I entertained myself with the garden birds. This year I have 3 starling nests, and not sure how many house sparrow nests in my roof space. Lawd knows what it's like up there, but I love them and would never eradicate them. So I lay in a recliner chair and watched what was happening, nest building above by the looks of it, and feeding below. 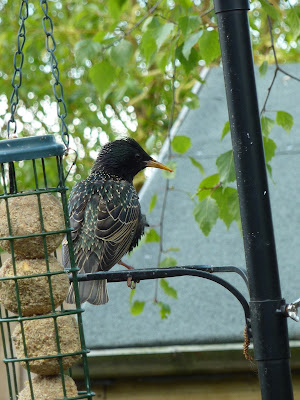 And what these three reprobates are upto is anyone's guess.... look shifty to me 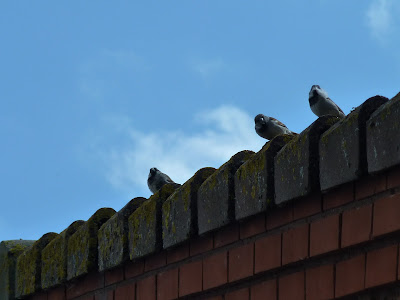 In the evening, I headed back to Catcott. Fewer hirundines today, but as I arrived in the car, a brown hare lolloped along the track towards me, stopped, looked at me, then lolloped back along the track to a field. Should I follow? I've heard about these strange animal encounters on the Somerset Levels, but what the heck, so I followed. And where it entered the field, there in a bramble, my first whitethroat of the year singing away, not in an hurry to move off. (I'll enter these photos into the BBC Wildlife Magazine top wildlife photo competition I think) 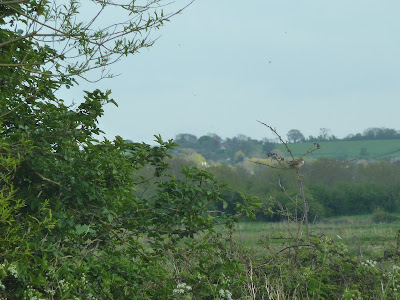 Back on the reserve in the hide I then spent a wonderful 2 hours of solitary birdwatching. I'd never really watched sand martins properly, they're fabulous birds, that warm coffee back and a flash of white. Even the swallows I viewed in a different way, that lovely diamond encrusted tail splay as they come into land was beautifully highlighted by the setting sun. 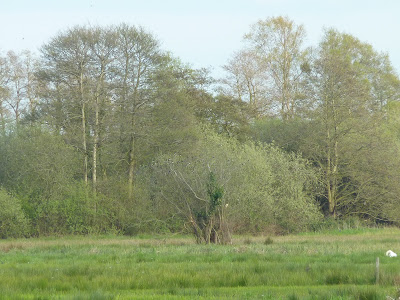 As the sun set, swallows began to gather on trees. I've never seen this before in the UK, though it happens in their wintering grounds. Again I tried to photograph this and, the best I can say is it is a record shot.﻿ 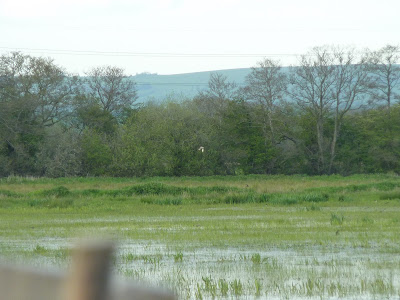 What was nice was in the gathering dusk, a short eared owl began to quarter the hedgeline, which was greeted with mobbing by a couple of carrion crow. I'm glad they did that as they disturbed a hidden group of whimbrel, resting in a sedge covered field, such magical sound their call. Not quite the evocative call of a curlew, but a whimbrel also says 'wilderness' to me. ﻿ 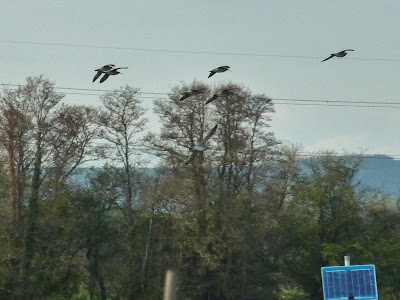 So by then I was about to head home, until that is, this chap arrived, the marsh harrier. I'd not seen it here for a while, but last night it gave fabulous views as it lazily drifted over the reserve, startling the hirundines and ducks a bit, but what a sight. 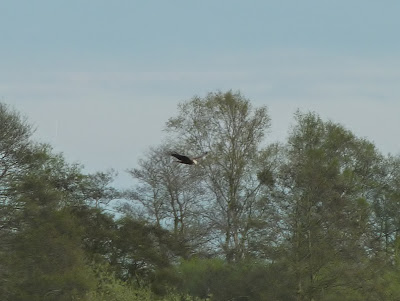 So that was my 2 evenings at Catcott. And this is the end of my first blog entry since 22 February. I'll do my best to update as and when something happens, but in the meantime, follow me on Twitter (if bored in a lunchtime and run out of celebrity gossip in a magazine with a well known greeting nomenclature).