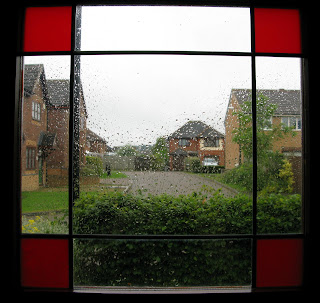 Someone told me recently this was a) June and b) summer. Looking out of the lounge window just now, and having a day off, I'm tempted to say "Global Warming Doesn't Exist". Mind you the weird and largely sensationalist press we have in the UK have painted global warming as clear blue skies, hot weather and drought. It will be in some places of the World, but in the Northern Hemisphere as the atmosphere warms, the amount of available energy will rise leading to very energised low pressure weather systems, sadly therefore more wet, windy and cool summers. Nice winters though!!! 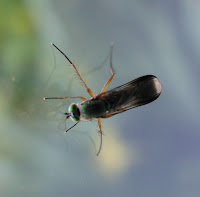 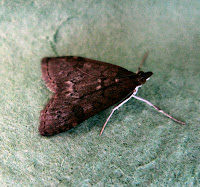 Even the wildlife has come indoors. The lady (females have bristly tibia - she needs Immac) on the left is a very common long-legged fly, Poecilobothrus nobilitatus. I have a lot of these on the pond, they're fascinating to watch as they rest on vegetation and use their white wing tips to attract a mate, by flicking their wings and doing a little dance. This one however was indoors drying off, as was the Carpet Moth on the right. Not entirely sure which one these moths it is, they're very variable, hot money is on the Common Carpet Moth, but if anyone knows different let me know please. 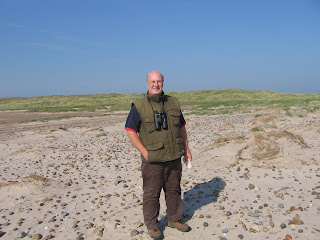 So as the weather is dreadful, I abandoned my planned bird watch and gardening day. Instead a bit of spring cleaning of photos on the computer. And in a flagrant plagiarism moment, from an idea by Hedgewitch, herewith some photos of Ross Sands area of Northumberland, September 2006. We walked the whole length from Budle Bay in a gale, a warm gale, and returned to hear that Richard Hammond of Top Gear had had a serious crash. So what were you doing that day? Gannets were diving out to sea, not a cloud in the sky and we had the beach to ourselves........ apart from an old crotchety sea dog that is. Ruins the view!! 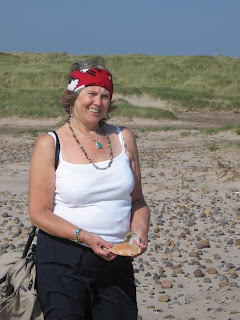 I found this Mermaid though which added something to the scenery. And in case you are wondering the fleece ear defenders were de rigour that season. I think she threw that shell at me later on? And who can blame her. 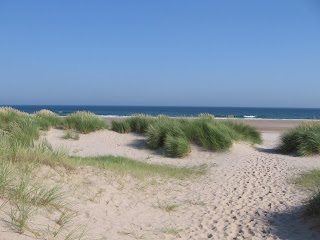 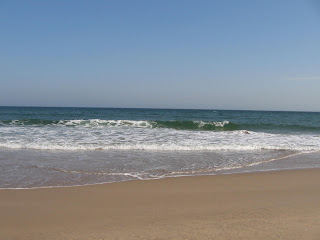 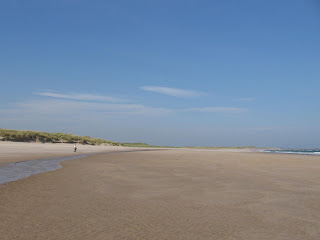 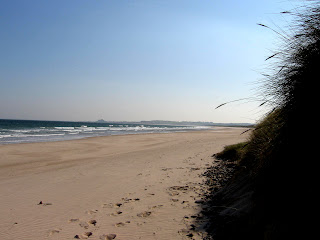 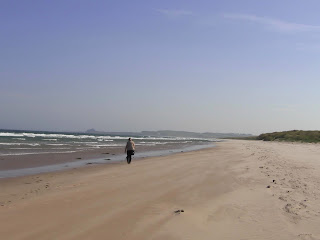 And if you're interested have a peek here, the top photo of that day's posting is a largish painting (3' x 2' acrylic on canvas) I gave my Father for his 75th Birthday, the whole reason we were up there in September 2006. A reminder of when they used to walk the dog along the beach. Thelma said she'd like to visit the place I'd painted...... and I'm glad we did. Who needs the Caribbean? Mind you the photo's don't show the sand travelling at speed along the beach, it just gets everywhere, and possibly explains the lack of people?

PS: don't tell anyone where this is, they may visit and there would be a crowd on the beach :-)