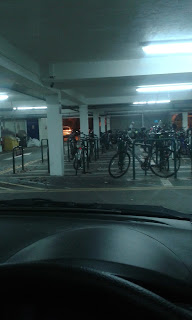 The underground carpark at work today - view from the car. Reason? From next week I wont be parking here as a new member of staff is obtaining my space. I'll be parking off site, so a memory of a summer being able to park at work - it was good while it lasted.

Posted by The Wessex Reiver at 08:26 No comments: 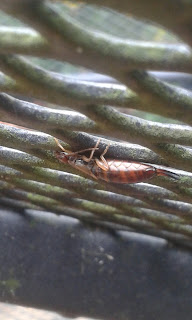 It was while having a cup of tea in the garden this afternoon, that I spied this earwig clinging to the underside of the mesh table we have on the patio. It's our commonest of 4 species of earwig in the UK (though sources now quote 7 due to new arrivals). It's a female of the species Forficula auricularia - female as its 'pincers' are straight (ish). This image I took underneath appealed to me. Wildlife is out of sight until we see it.

Posted by The Wessex Reiver at 22:30 No comments:

Back in 2013 I ran a blog called 365-2-50 which documented the year of my fiftieth year via a photo a day. It ended in October 2014, and since then I have done other things, but increasingly I've missed my blogging. Having now left Twitter and Facebook, I toyed with Instagram, but that is just a mobile based package. So a decade after I began blogging, I'm of again capturing an image a day, no connection to all the images other than, this image caught my eye on the day it was taken. 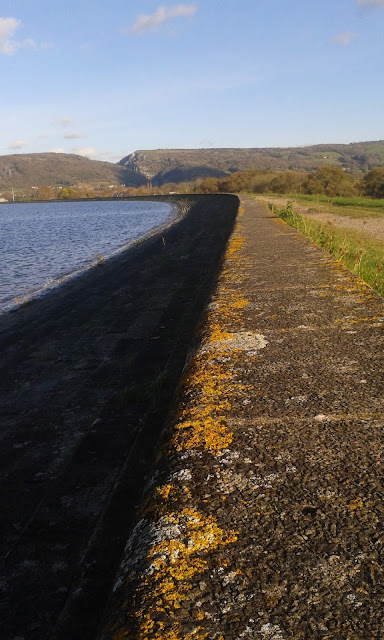