The Rooks Of Wick St Lawrence 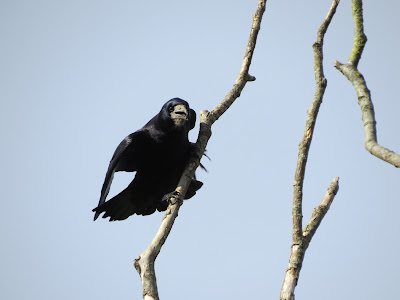 Back in 2016 I counted 33 nests around the village, predominantly within three distinct concentrations, one by the Village Hall [C in the map], one as you entered the village [E on the map] and one as you left by Cedar Farm [F on the map].  Today I headed off to count them again, and this time there were 31 nests. However they are now spread loosely around and away from the village. Only the trees on the entrance to the village [E] still holding nests in number.

Rooks are often site faithful, with some large rookeries being occupied for centuries. There is not the extensive spread of trees here so numbers would always be low, but for reasons I can't explain they've spread out into new areas, often in quite low trees. So what's happened? Well I'm not sure, maybe its something and nothing, simply just a change.

Wick St Lawrence is a tiny hamlet really only 8 miles from Weston Super Mare. Over the six years since 2016 a number of farm buildings have been converted to housing, but pretty much the village is as it was. Certainly this area is perfect for foraging with damp grassland of sheep and cattle farming making up the bulk of the farmland here on what is the northern areas of the Somerset Levels and Moors. It is low lying land, quite exposed but perfect for foraging, lots of tasty worms and other invertebrates then. 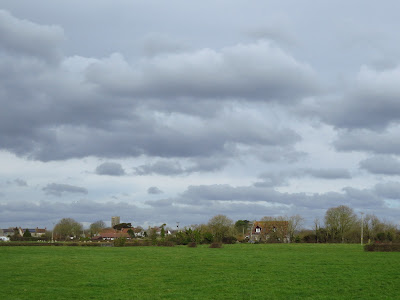 The biggest change in those 6 years is the lone nest in the trees next to the Village Hall. In 2016 there were a number of nests but as in the image above, today just that single nest. From memory I think there were no nests here last year. These are actually the tallest trees so maybe Wick St Lawrence rooks don't have a head for heights. What I find amazing though is that every single nest that had survived from last year around the village was blown out of trees after Storm Eunice. That was little over a month ago, and since then 31 nests have been fashioned, life goes on. Its to hope then that we don't get any more gales and the rooks can get on with raising young in peace. So here is my record of the rook count 2022. 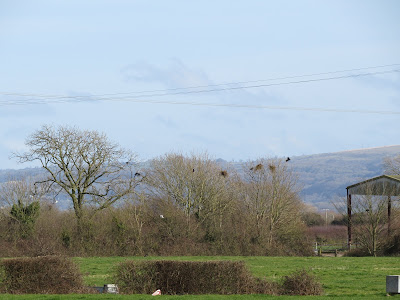 A on the map = 3 nests in trees by Byfield Farm, a lot of activity there there today with jackdaws joining in. 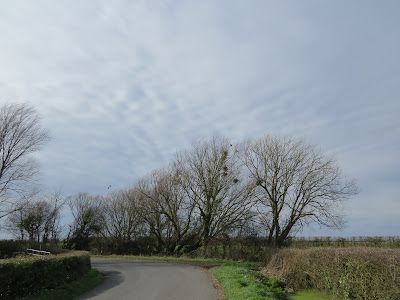 B on the map. 9 nests here, the most in one place. This is a brand new location for nests and as hopefully the images shows these are not tall trees and right by the road. The rooks though were very active here, with at least one female on the nest. 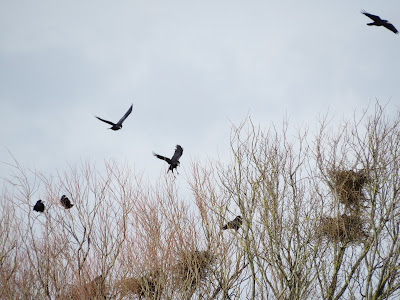 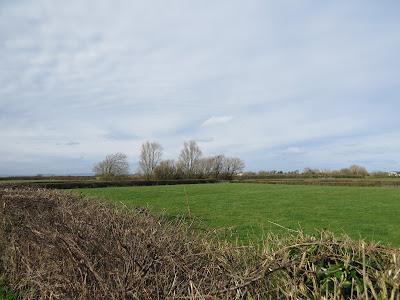 The site B is very much on its own in terms of tree cover. Barn owl love this area too. 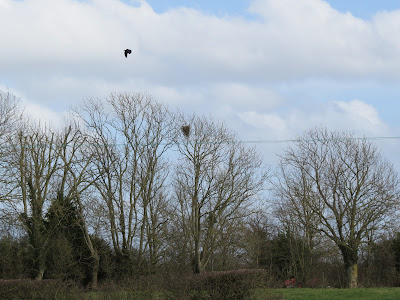 C on the map. As mentioned above these trees are next to the Village Hall and used to be a regular area for rook to nest in. Just this lone nest in 2022. 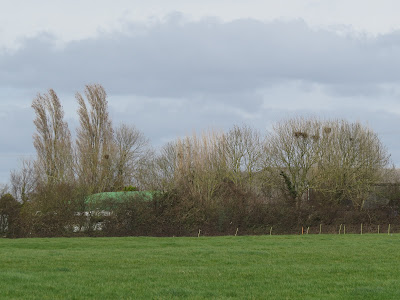 Trees around Cypress Farm - D on the map - also held 9 rook nests, but two of these to the left were actually quite a way distant. This is again a newish area for rook to nest in. 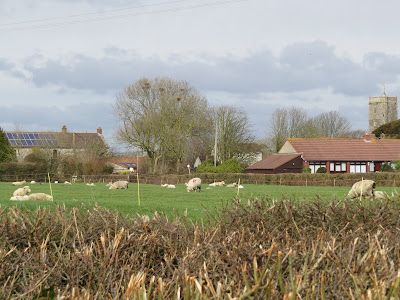 Above and below the only site that has remained constant in terms of activity - E on the map. What isn't obvious is that the trees where the rook nest are overhanging the lane, which itself is peppered with sticks which have fallen out, as I've encountered a few times over the years as they've bounced off the car while I was driving to and from home. Not a very peaceful site then with cars and tractors thundering underneath, but the rooks don't seem to mind. 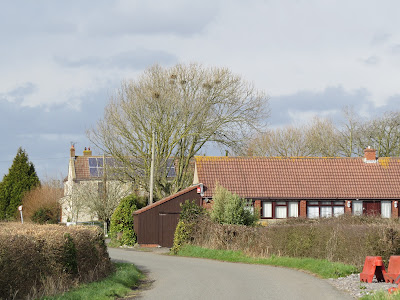 Finally below - F on the map - just 2 nests by Cedar Farm. This used to be a hotspot for rook nests for a number of years, and a couple of years back a raven nest in the conifer. Just two then in 2022. The house, no longer part of the farm, was sold a couple of years ago and the new owners have cleared a lot of the garden. Not sure this has made any difference in the reduction in the number of nests, but could be a factor. 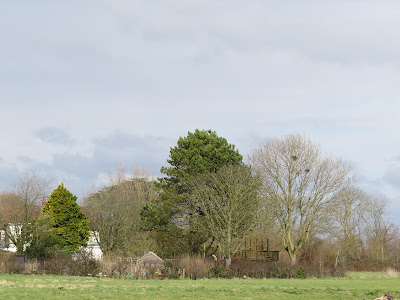 It is intriguing seeing the change over the years. On one hand the level of activity is about the same as in 2016, 33 nests then, 31 this year. The dispersal of the nests into smaller groups and in areas where the trees are quite small is quite interesting too. It seems to me that rook behaviour is changing, and certainly they seem less wary of humans now they are not shot at or persecuted as of the olden days. As many people will have noticed drive along a motorway and where there are trees, often quite young, you'll see nests, especially in and around service stations.  A few years ago research took place at Membury Services on the M4, as the rooks there seem to be changing their behaviour based on human activity - not least raiding the waste bins.
It is fascinating trying to work out what's going on. The image below is a good example of what intrigues me. This is the landscape beyond site B all the way to the Bristol Channel about a mile away. Nice wet long term grasslands, normally full of cattle and today hosting a lot of corvids feeding. In the middle distance are a number of tall trees both in the hedgerows and around farms, but not a single rook nest that I could see.
I'll leave that as a question then - I'm sure the landscape could hold more rook territories and there is enough food, so I wonder why they don't also move over there? Maybe 30 pairs is all the landscape can hold for reasons that escape me. Interesting! 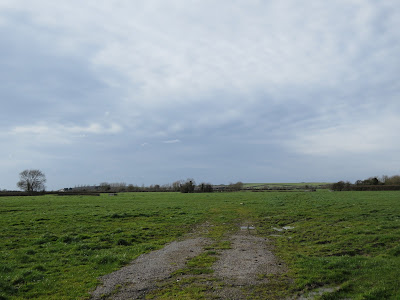