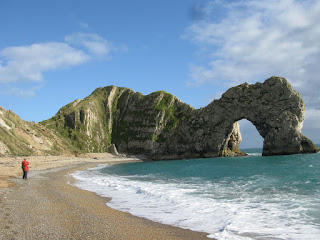 One of the things I'd like to do with my new blog is put on here some photographs I take as I wander about the country. I have quite a strange view of the world (or at least I keep being told this) consequently I'm always looking for the unusual or obscure. But sometimes I'm at a location which defies taking anything other than the standard scenic photo. Take for example yesterday, I spent 3 hours at Durdle Door, on the Jurassic Coast / World Heritage Coast and I have to say, it is almost impossible NOT to take the "classic" image of the arch, as the first photograph shows. A photograph which is almost exactly the image I painted for a friend of mine 2 years ago as a house warming present. 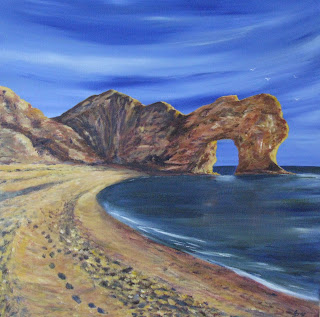 But as I say I have a view of the World which I'd like to share with the other bloggers out there, in the hope it brings a small bit of relief to this otherwise somber World. So the following photographs are my attempt, not to take the classic image of Durdle Door. Click to enlarge if you'd like a better look. Oh and before I forget, there was some wildlife yesterday afternoon, a Ringed Plover beetled along the strand line for 5 minutes, which was a nice diversion. 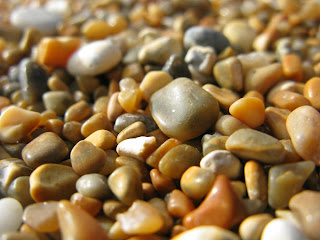 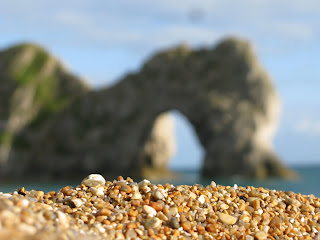 Faffing about with the depth of field 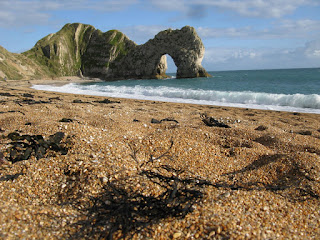 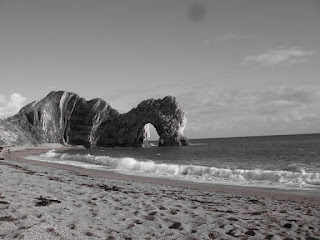 Not enough black and white photography around these days, I like this for it's lack of colour. 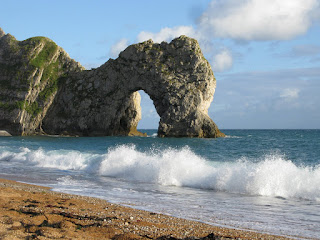 Photographing waves tests the patience of a saint 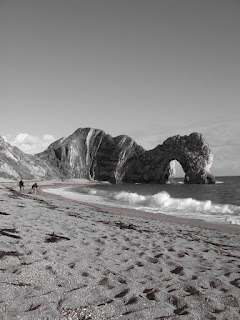 I was not alone on the beach..... Just being pretentious and arty here 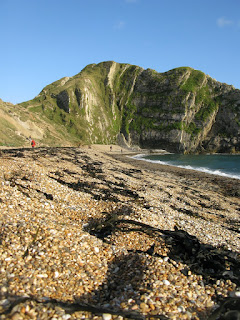 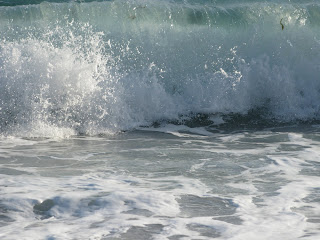 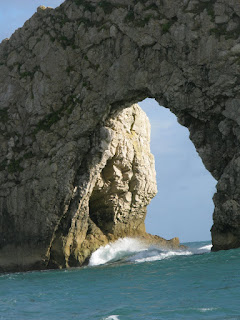 More waves and an arch 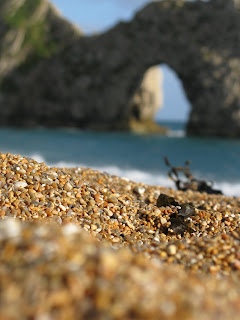 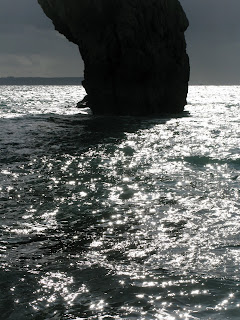 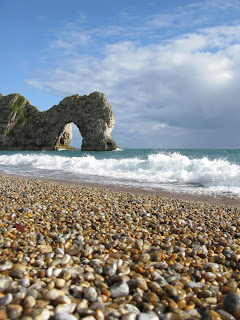 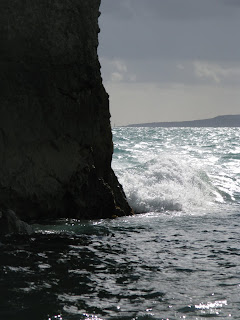 Could almost be black and white this one! 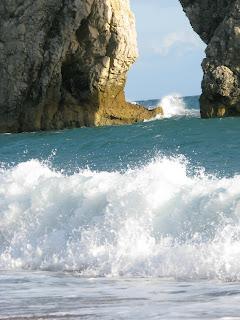 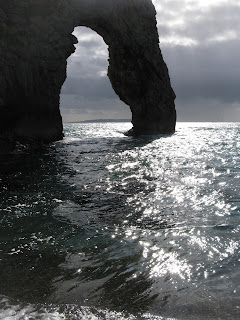 There you are I told you it was almost impossible not to photograph the arch :-)