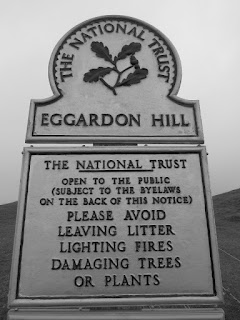 And it is somewhere I have been visiting since the summer of 1982.

I've loved this part of West Dorset ever since as a teenager coming on a two week holiday to Toller Porcorum, with my parents. Before then we'd oft holidayed in Bournemouth (including the infamous hot summer of 1976). Despite the 350 mile 8 hour drive from our North East home my parents loved Dorset, but always gravitated towards the east, land of furze heath, sea stacks and long sandy beaches. Why we ended up at Toller Porcorum that year I know not. Though I'm pleased we did. Something clicked. If memory serves me down the years, I recall spending much of the holiday lying in the bath of this holiday cottage reading Far From the Madding Crowd. The huge windows were wide open, not a breath of wind, my view a heat shimmering steep hill hard by the hamlet. Birds sang, swallows swooped and as many a romantic teenager before I enveloped myself in a sepia mist of that imagined artistic self lost in a bedrock chalk landscape.

Which is interesting as these days I take many sepia photographs such as this one of the view down to Maiden Newton with Eggardon on the far right horizon.

That holiday as a teenager was remarkable for a single moment. Most people have pivotal moments in life, moments which change life and direction forever. Mine was asking my father if I could go for a drive (I'd recently passed my driving test) on the last evening before we trudged back to the north. In the passionate musing of a smitten teenager, I dreaded going back.

It was mid July, warm, the sun setting slowly, allowing a golden hue to caress the fields and I just drove out of Toller Porcorum with no specific plan in mind. I headed east, not west. Coming back to the cottage I found myself on the Roman road climbing steeply out of Winterbourne Abbas. Vivid remain the memory of excitement, this straight, but crooked, Roman road was bathed in late evening summer light. Tall grasses brushed by the car as I sped along, windows down, I was free, enjoying that freedom teenage boys love when being away from parents. And then I came to a crossroad. In front of me was a single lane track, curiosity bore down on my decision where to go. Ahead. 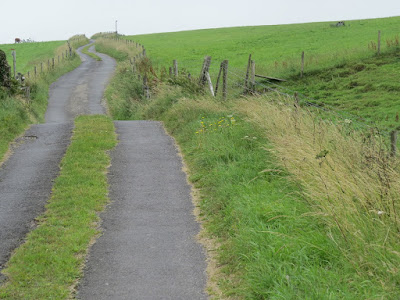 Only on writing this piece have I discovered this lane is called King's Lane. For decades it simply was the track on Eggardon Hill, a track with a view which took my breath away on that summers evening.  I stopped the car, got out and stood memorised. Silence, a meandering lane grass growing up through the middle, a hill fort to my left and precipitously to my right a steep steep drop into what I now know is Powerstock Common and beyond. Northumberland had huge skies and empty landscapes, but nothing like this. Of course I was not the first to discover it. 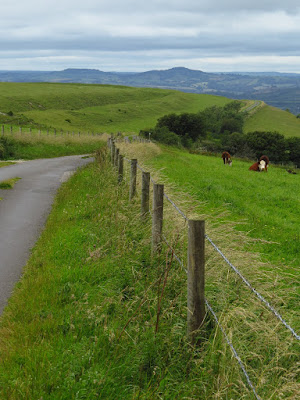 For the last few years of his life, the late great countryside writer Kenneth Allsop lived under the shadow of this "arrowhead plateau" as he called it. It was to become the backbone to this Yorkshire-man's life, as it has become to me. It draws me towards it by unseen threads, once pulled taut resistance is impossible.

A decade before I discovered this Wessex Height, Allsop in his book In the Country elegantly summed up what Eggardon, or Haggerdown as he called it, meant to him;  I understand fully - it would be futile to add to his words, 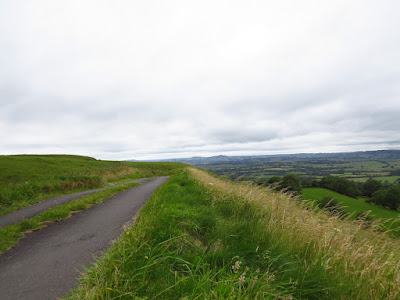 "This rooftop of turfed limestone is a place for kestrels and orchids, for butterflies like flecks of the sky itself, the chalkhill blue and the Adonis blue, they waver among the scabious and harebells, vast angels against the miniaturized woods and barns on the unfolding tracts below"


" On this last great limb, a domination of wind, cloud and turf, there is a sense of pure form and power of rock-formation which I have felt nowhere else. Ahead the vale of clay dissolves into the Devon border" 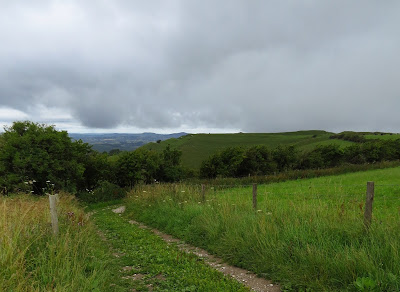 One of the absolute joys of moving to Somerset in the early 1990's was being able to visit Eggardon as a day tripper. Before my move south, living in the North East of England and despite the distance, I had visited and re-visited this rooftop of turfed limestone every year, sometimes more than once. During a mad moment when I was feeling especially low, I spent a solitary hour on the Hill, after the 16 hour round trip. Youth was on my side for the energy needed to stay awake that long. Luckily I can now head down there as and when the pull of the threads draws me in. As it did this week, only 6 weeks after my last visit. The two days could be no different. 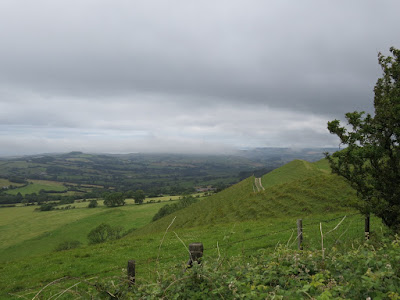 On my visit in May, Dorset was (as indeed was most of England) in the midst of the sunniest and driest spring for decades. On that day the land was parched, 30 degree heat bore down on these turfed ramparts making the day stifling for the few specks of sky I observed fluttering along it's flanks. 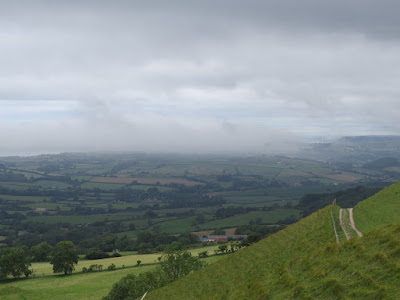 My visit six weeks later reversed the mood. Rain bearing clouds scudded across the vanishing clay lands. Uncoordinated raindrops threatened to, but failed to, materialise into more organised downpours. And the wind blew. It was exactly why I walked along the track. The energy remained from a dilapidated tropical storm which had barrelled over the Atlantic this week. Low pressure squalls added to the feeling of isolation. I had the Hill to myself, just how I like it, though I never feel alone here. I'm always aware that many feet have trod this way since Eggardon's hill-fort was created around 50BC. Each and every owner of those passing feet leaves a presence, unseen, though still felt today. 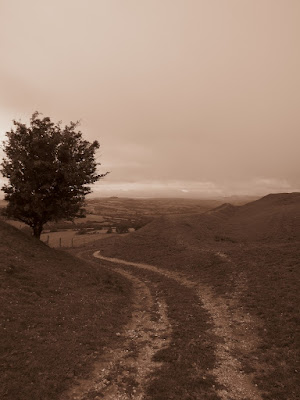 I'd come to take photographs. Eggardon is almost impossible to either paint or photograph and do it justice.  The landscape is simply huge, omni-directional and never-ending.  I took many many more than are visible here, they will provide reference for the winter months, for I will conquer this image on canvas. 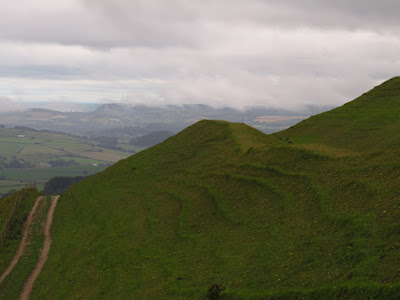 Until then I'll leave the last words to Kenneth Allop. 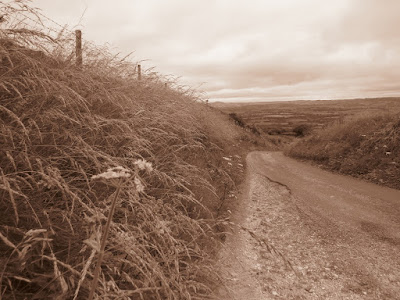 "As ever the gigantic hulk of Haggerdown filled the sky...........to earn the right to love a place you have to learn about it bit by bit. Dear Wessex - 'that wondrous world of sap and leaves' of Hardy" 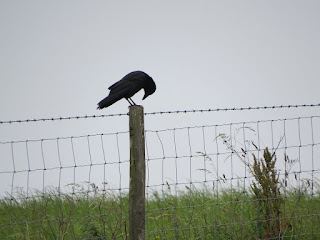