They make it look easy on the television but I know from bitter experience it may take weeks of planning to arrive at a location and see a specific species or wildlife event. It doesn't happen easily and without those thousands of people on the ground daily cataloguing what is happening in the countryside, the events we witness on programmes like Winterwatch would never happen.
I realised  a year or so back that having travelled across the UK looking at wildlife, that which frequents my local area is a bit of a mystery to me. One I am rectifying, with the hook for this being my beloved corvids. 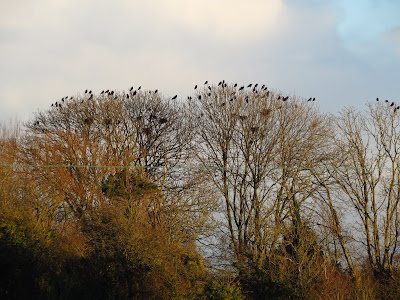 Every morning and every evening a flotilla of jackdaws and later rooks pass over the house heading north-ish. I know rooks nest in the village but somewhere there is a super roost of jackdaws and rooks. Thus I found myself at 4pm yesterday poised like a gazelle to follow the flock as they flew over. Poised like a gazelle I may have been; but all was anticipation and anti-climax. Though watching wildlife is never an anti-climax. 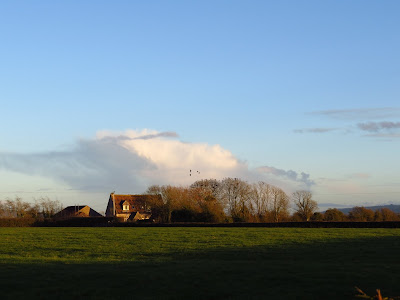 I haven't counted the nests this year but around 40 rook pairs nest around the village hall and church. As I arrived there were many of these settled in the sunshine on top of the trees by the village hall.  Soon though they departed to another tree nearer the church. No jackdaws yet.
Corvid watching is often a fruitless business as although many are site specific they can move from area to area depending on food availability in the surrounding farmland. Not knowing where the roost is, unless they came over I had no idea where to look.  Nevertheless I watched a few carrion crows in a sheep field and a buzzard at rest. It was while looking at the buzzard that I heard the familiar jak jak of a jackdaw flock passing overhead. Except they were about 2 miles away and flying in off the sea, and not past where they usually fly. 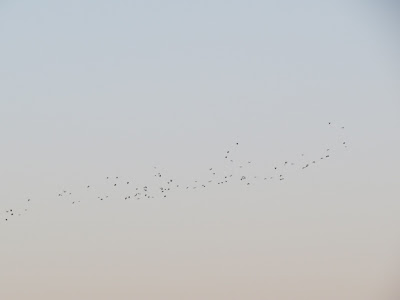 Well that was disappointing. Watching them through my binoculars they headed in a straight line towards what I thought was towards Clevedon but on checking the map more towards Yatton a few miles away. There is a super-roost nearer Bristol so my only thought was they're heading there. Definitely more leg work needed on the ground to discover more. 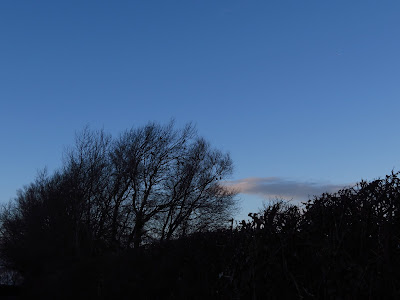 We get little owls around here too so after abandoning any chance of finding a roost site I went off looking for owl. Nothing, but a nice woodpigeon roost, blackbirds in full tik tik call - I did wonder if there was an owl nearby but couldn't see anything, and when almost dark 4 roe deer. 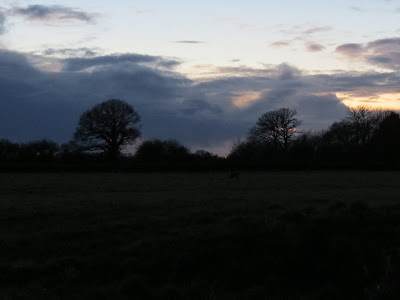 So no corvid roost, and no owls but do you know that doesn't matter at all. Just spending two hours in the local area discovering little pockets of activity was a winner to me. Where the jackdaws go is a mystery, and as I discovered today they flew over at 3pm a whole hour or more earlier than normal due to the heavy rain presumably.
All food for thought for another day.
Posted by The Wessex Reiver at 16:39