Now lend me your ears

Now lend me your ears. For the first time in years I've read a book. Bear with me, I do read books occasionally. This was a book which made me want to page turn at an unseemly rate (cover to cover consumed in a couple of days). But for reasons I'm unable to fathom out, it left me with a sense of bewilderment that of not really knowing what it was all about. 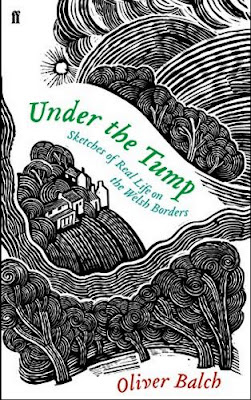 Reading the dust cover of Under the Tump, I gleaned from the publishers prose the knowledge that this book is about finding community in the market town of Hay on Wye and how, as an outsider, Oliver Balch used his journalism skills to decipher that often impenetrable sense of place, many of us crave when arriving unannounced to pastures new. However despite the rapid page turning, probably 100 per sitting before nightly retiring, I felt empty. Why I wonder?

Usually whilst skimming across some honed narrative, if a book fails to hook me like a dangling trout, I simply abandon it. Regularly I have half a dozen books half-finished after drifting off to a subsequent offering . Yet this book kept me turning the pages, I couldn’t stop, all the time while it failed to instil in me anything ground-breaking or new to say. That intrigues me.

Neither geographical nor historical in purpose, both are covered in detail. Real life characters met along the way were detailed without overblown substance; whilst events passed by without too much fanfare. It was pacey. Balch adeptly used his journalistic technique to arrive at the point quickly, revisits his own perceptions of what and whom, leaving closure somewhat in the mind of the reader’s own interpretation. Clever writing.

In the dim past I became a journeyman writer of natural history scripts for Radio 4, it is a similar technique to journalism - yet entirely different. For radio, the script has to allow the presenter to be both the peddler of the narrative, in an entertaining way, while sounding like the easy going orator and authority on that topic, as we absorb their every nuance. When we read off the page we self-adapt the words in print to our internal ear. A million individual ways to interpret how those words are being delivered.

Writing scripts for the radio is a single entity. The person speaking is talking to you, the listener, one to one, personal and intimate. Nobody else.

If spoken word doggedly followed the journalistic chronological principles of Who? What? When? Where? Why? and How? possibly this would lead to merry mayhem with this eye-ear coordination and if lain uncorrected ultimately lead to the switching off of the radiogram or writing a letter of complaint from ‘Disgruntled of Much Wenlock’.

Whether spoken or read, the beginning though is a hook, it's always a hook. Once impaled through the subconscious of the reader or listener, then other important details, other subservient information can be exposed. Not before, not never.

I've just looked back at some of the scripts I bashed out for Tweet of the Day - World Birds. An example of how facts are delivered in different ways depending on the intended audience struck me.

The bird in question is a horned screamer (Anhima cornuta), the narrator, Sir Michael Palin.

We're off, 90 seconds of radio is about to be unleashed before the Today Programme on Radio 4. Starting sedately, 6 seconds of natural soundbites filter towards the listener... the line is cast, will it?, could it?, hook the listener. Then oration feels a bite and reels in from the seventh second...

"It sounds as if someone is using a giant plunger in the Venezuelan marshes. But these are the mating calls of the Horned Screamer.  They’re sounds that only another Horned Screamer could love, but then screamers are very odd birds."

In radio waffle isn’t allowed, we don't have time, the listener has a well-educated attention span, boredom is a cancer. Yet by the time this opening salvo ends, the listener is possibly unaware 25 seconds has elapsed, nearly a third of the programme. My words spoken by Michael Palin. I can never replicate his or any other presenters’ delivery on the page; each script though is adapted to the person, their voice and timbre. Michael Palin is a slower narrator than some, but he knows how to peddle the narrative, he knows  how to deliver without undue rush. It is radio gold.

In a ham-fisted attempt to illustrate the difference, I've just looked up horned screamer within the Cornell Lab of Ornithology Neotropical Birds website. I give you the first 44 words of that entry below; have a go at speaking what you read?

"The characteristic spiny appendage on the top of the Horned Screamer's head could rightfully earn it the title of "unicorn of the avian world." This bizarre relative of ducks and swans is found along rivers and freshwater marshes in northern and central South America."

Initially this works as I read it, my brain reformulating it into a spoken word in my head, but the second sentence is a struggle. It probably is me (I struggled as a radio reporter) yet the salient facts are there in both;

A strange bird from South America.

That is really all there is to glean from both the journalist born book and the spoken word. In Under the Tump, I’ve mostly got down through the first layer of the Who? What? When? Where? Why? and How? of that corner of Wales. Further knowledge can if required be found elsewhere.  In the Cornell Lab entry for the horned screamer a short synopsis follows which further reading can increase our knowledge if required.  The radio script focus is on just a fact or two, delivered entertainment coupled with a little knowledge spinning around the mating behaviour of this odd bird, as the clock ticks towards the 6am pips on Radio 4. Before then an additional sound layering, that of giant plunger,  stage left. 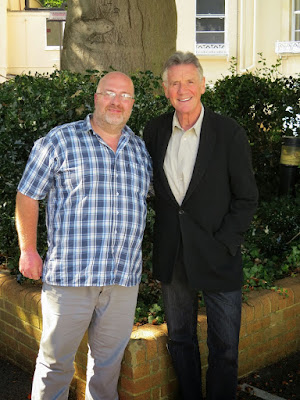